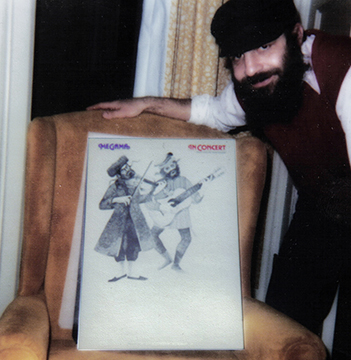 There has been a huge influx in people interested in the music of Moshe Yess OBM. One can find numerous covers of his songs on YouTube and other sites across the web. We invite you to post your own version of any of your favourite Moshe Yess or Megama songs for the world to hear and we will publish it to the Moshe Yess Website under the Live Tributes page. It can also be a song that you wrote in his memory.

This will give the people who are unfamiliar with the music of Moshe Yess and the Megama Duo a chance to appreciate the music in your own way. Every Month we will announce the winner for that month on the Moshe Yess Facebook Page. The winner will be awarded with some previously undistributed tracks or albums from our vault. We look forward to hearing your interpretation of his music. The only rule is to please keep the lyrics the same as the original versions. If you want to mix up the genre and add a twist of your own, you have our blessing.

Good luck and thanks for being a great Moshe Yess fan!

Click Here for a little treat from the Megama Duo Days, Enjoy! 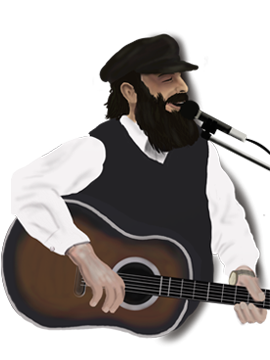 Moshe Aaron (Morris Arthur) Yess (1945–January 8, 2011) O.B.M. was a world renowned Orthodox Jewish musician, composer and entertainer from Montreal, Canada. A member of the Chabad community in Montreal, Yess was a regular performer at Chabad House events and shows, together with international Jewish music festivals, Chabad Telethons and the annual A Time for Music concert.

In the 1960s, Yess shared stages with David Crosby, Jefferson Airplane & The Association. As a solo performer he played Las Vegas, Reno, and other hot spots. In 1978 he moved from Hollywood, California to Jerusalem, Israel, where he enrolled in D'var Yerushalayim Yeshiva. There he met Rabbi Shalom Levine, who became his mentor in Halacha and his musical partner in Megama. They spoke about harnessing American-style music to communicate the beauty and values of Judaism. Thus was Megama (Hebrew for "direction") born.

One of Yess's biggest hit songs was "My Zaidy," in which the speaker remembers his grandfather, who was his last link to Judaism. "My Zaidy" -- "zaidy" is the Yiddish word for grandpa -- touched several generations of American and Canadian Jews. Other hits by Megama included "Ain't Gonna Work on Saturday" and "Not Ashamed," and one of their successful children's shows was called "Judeo Rodeo."

In the 1990s, Yess started a rock band called Burnt Offering with the blessing of The Lubavitcher Rebbe. The band's mission was to spread the message to the world to engage in acts of goodness and kindness.

Yess retired from music in his later years when his health began to decline.